Good day all! This morning I got to try something new!
Wallpapering!!
The experience was actually not all that unpleasant and surprisingly easy! As a special surprise for our fabulous boss, a co-worker and I decided that our store washroom needed some fancying up! So off Jennifer went and bought some absolutely gorgeous wallpaper. I offered to help out and we met this morning to get it done! With a little smear of some paste and some trimming of the wallpaper, we got it all done up nicely!

After we were finished, I decided to take home some of the scraps of the wallpaper that were left over. I knew I had one of those cheap Micheals wooden frames laying around and I thought it would be a good idea to make a matching frame for our accent wall. 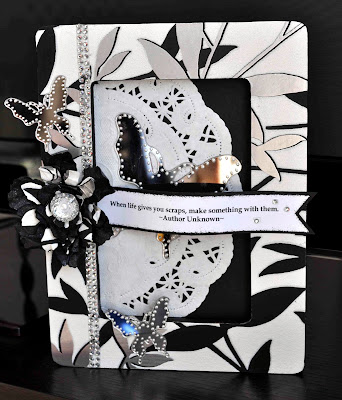 First I painted all edges that would not be covered by the wallpaper with a black paint dabber. Then using Modge Podge, I adhered the wall paper to the frame. Using a craft knife, I cut off whatever was hanging over the edges of the frame and the center. (If you cut like I do with a craft knife, you may have to touch up your paint,  I scratched some of it off while cutting! Oops!!)

Next I cut out some flowers using Tim Holtz Tattered Flowers die. I cut several flowers in black cardstock and a couple flowers in the wallpaper. I then misted the flowers with a bit of water and crumpled them up. I also sprayed the black flowers with Tattered Angels Pearl Glimmer Mist. Using my heat gun I then dried the flowers and layered them together using a hot glue gun. (You can also layer them together using a brad as well.) I finished off my flower by glue gunning a large white rhinestone button to the center and then sticking a pearl in the middle of the button. 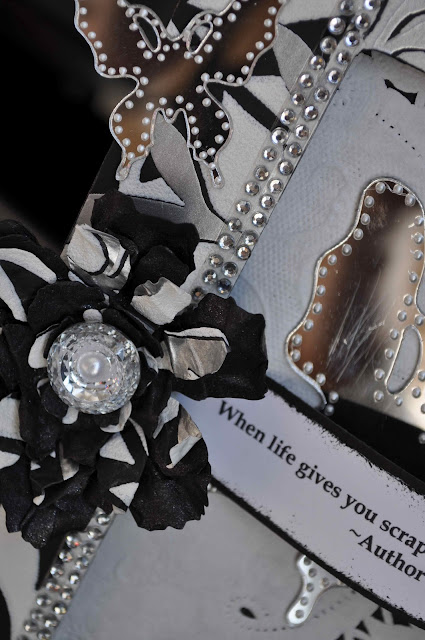 The background of the frame is just some black cardstock glued to a cardboard insert that came with the frame and half of a white doily.

I had purchased some butterfly mirrors from my local dollar store and decided they would be perfect for this project. I adhered them with my glue gun and added some Liquid Pearl accents. I love Liquid Pearls. They are so easy to use and are great for finishing off a project!! 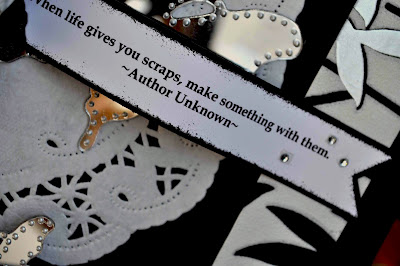 I then printed a quote off the computer onto white cardstock and trimmed it to look like a banner. I then distressed the edges with my black paint dabber and adhered it to some black cardstock. I finished off the banner by adding some rhinestones and then adhered it to my frame!

So whenever you have some scraps of anything, wait before you throw them in the trash!! You might be able to use them!!

Hi Friends! Just trying out this blogging thing again! :D I wanted to share some layouts I did this past weekend while attending a fu... 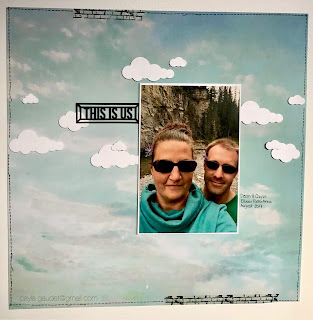 Cayla Dodd Gaudet
Welcome all to my blog!! I am a mother of three beautiful children, a wife, pharmacy technician and passionate crafter. I would love to hear from you, so leave me a comment or send me an email!! I can also be found on Facebook and Pinterest!